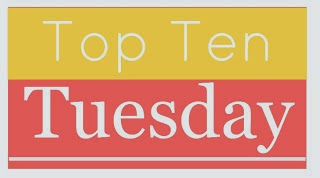 It's true that I like to think of myself as a total badass.  It's not a secret and now it really isn't, but let's be honest, there are some worlds in books that totally freak me out.  Just the idea that I could be dropped into these types of things makes me nervous.  Sure, I'd like to think that I could handle all these situations like the protagonists, but you don't really know till it happens to you and hopefully that's never gonna happen.  I mean what are the chances of a zombie apocalypse?  Huh?  Oddly enough, most of these books are some of my favorites :-/

Worlds That I'd Never Want To Be Dropped Into
(or almost never, darn daredevil side...)

"The Ward" by Jordana Frankel:  I'm terrified of aquariums!  Like pass out and start shaking scared.  I'm okay with little fish tanks, but take me to fishy palace and you're asking for trouble.  So a water lodged version of New York wouldn't be my first choice...EVER!  When they go to The Tank, it makes me feel weak in the knees, and not in a swoony way.

"Coraline" by Neil Gaiman:  Dead spirit children and a fake mother who chases you around trying to take your eyes away.  No. Thank. You.

"Sanctum" by Sarah Fine:  The world that Sarah built behind The Suicide Gates is gruesome and sad.  It would be pretty scary to end up over there.

"Splintered" by A.G. Howard:  Howard gives us a splendidly dark version of Wonderland that I would never follow a rabbit down into.  Especially one like Rabid White.

"Thorn Abbey" by Nancy Ohlin:  This book was horrendous and ridiculous and there is no way that I'd ever want to be friends with these people or go to their school.  It's a whole different kind of scary, possibly even more scary then most of the other options...

"Graveminder" by Melissa Marr:  All I can say is that weird shit happens when the dead begin to rise and I don't think I'd really want to be a part of it?

"Starry Nights" by Daisy Whitney:  I love Paris, but this turn of events would creep me out and turn a great trip into something too strange to handle.

"Not a Drop to Drink" by Mindy McGinnis:  I don't think I'd want to live in a world this bleak and the fact is that this is the one world that could be a reality.  So that's a nice thought...

"Cinder" by Marissa Meyer:  I have a really weak stomach and so I don't think I'd do well riding on all the flying contraptions.  That just doesn't settle well with me.

Well there's my list!  What's on yours?  I wanna know.  Leave your link below or tell me in the comments!
Posted by Bystander at 10:14 PM

I haven't read STARRY NIGHTS, but I'm surprised to see it on here! I wouldn't mind the world in the Lunar Chronicles if evil people like Levana didn't exist. And yeah, I like water, so I NEVER WANT TO LIVE in NOT A DROP TO DRINK.

Love your list.
Those worlds would be crazy terrifying to end up in.
Cora @ Tea Party Princess

Ooh, some of these intrigue me a lot, but like you I'd never want to be dropped there.

Coraline was so messed up! I got it hoping to read it with the kids someday but it totally kept me up at night! Yikes, it was scary. Lol. And Not a Drop to Drink is so scary because it felt totally plausible. I promise to read The Lunar Chronicles soon!!

Haha I totally agree about Coraline and Splintered! Both worlds seem so savage and dangerous that while they're GORGEOUS to read about, they're absolutely horrible to live in lol! Thanks for sharing, Christianna! <33

I would want to live in the world in Cider because, two words, Carswell Thorne. Great list!

Kazuo Ishiguro's Never Let Me Go... because being a clone in an organ farm, no thanks