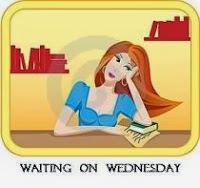 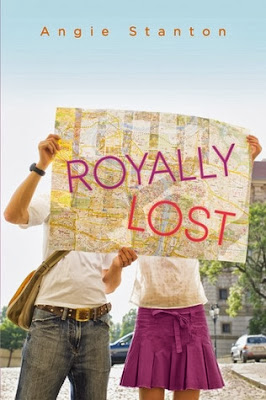 Dragged on a family trip to Europe’s ancient cities, Becca wants nothing more than to go home. Trapped with her emotionally distant father, over-eager stepmother, and a brother who only wants to hook up with European hotties, Becca is miserable. That is until she meets Nikolai, a guy as mysterious as he is handsome. And she unknowingly finds herself with a runaway prince.

Nikolai has everything a guy could ask for-he's crown prince, heir to the throne, and girls adore him. But the one thing he doesn't have...is freedom. Staging a coup, he flees his kingdom and goes undercover on his own European tour.

I love travel books and this one sounds like it's going to be really really cute.  I like the idea behind it and the cover is the cutest.  It kinda sounds like a reverse Roman Holiday, which is one of my favorites.

This looks totally cute! I don't normally read contemporary, but I would probably pick up this book.

I love the sound of this one and I'll read anything that takes place in Europe! Great pick....adding this to my TBR list!

I waited on this last week, I think? It just looks so stinkin' cute! I want to read it NOW! Thanks for stopping by!

This book looks absolutely darling! I discovered it a few weeks ago and fell in love. Can't wait for it. Great pick!

Mary @ Mary Had a Little Book Blog
My WoW

This sounds so cute! I hope you enjoy it <3

I’ve never heard of this one but it sounds really awesome.
thanks for sharing.
Here is My WOW

Uh, this sounds SO CUTE! Though I don't know if I'll like a girl who wants to get out of a trip of Europe's history *glares at Becca.*
I'll just have to read it for the cute prince and European adventures, then! :)

This cover is so flipping charming and the story sounds adorable. Great pick!

Love that cover! This sounds adorable. I'm adding it to my tbr.
Thanks for stopping by My WoW.

Oh, sounds like a movie! And those type of ones are always fun! I hadn't heard of this one, but I'm really getting into contemporary at the moment, so adding it to my list.

Thanks for stopping by mine.