[Waiting On Wednesday: Princess of Thorns] 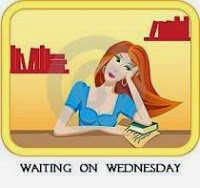 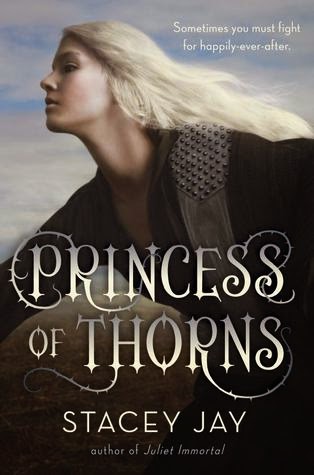 Game of Thrones meets the Grimm's fairy tales in this twisted, fast-paced romantic fantasy-adventure about Sleeping Beauty's daughter, a warrior princess who must fight to reclaim her throne.

Though she looks like a mere mortal, Princess Aurora is a fairy blessed with enhanced strength, bravery, and mercy yet cursed to destroy the free will of any male who kisses her. Disguised as a boy, she enlists the help of the handsome but also cursed Prince Niklaas to fight legions of evil and free her brother from the ogre queen who stole Aurora's throne ten years ago.

Aside from the fact that I can't stand the cover, this book sounds amazing!  I also love that it has a gender swap theme going on.  Female warriors hiding their true identity is a total win in my eyes.  Possibly because I have such a love for Mulan.  Can it be December yet?

Email ThisBlogThis!Share to TwitterShare to FacebookShare to Pinterest
Labels: Fairytale Retellings, Fantasy, Princess of Thorns, Stacey Jay, Waiting On Wednesday, YA, YA Romance

Of Beasts and Beauty was one of my favorites last year, so I'm definitely excited to see Stacey Jay take on another fairy tale!! Great pick!

Yeah, I'm not a fan of that cover either. But the story sounds amazing. I hope you enjoy reading it!
My WoW

I've heard such great things about Of Beasts & Beauty, so I am willing to bet this will be fantastic as well :)

Also, is she flying or throwing horse shoes? I can't tell. ;)

This is a bit of a strange cover, right? But it sounds really good. I also love gender swap stories, and I'd love to find the time to read this one. Thanks for visiting my WOW!

Ooh I love the colors and the font on this cover! The girl has an odd angle though what is she doing? >.< Riding a horse I'll guess.

Looking forward to this as well. Wish it was being released sooner.

Oh my goodness, YES! Gender-swap fantasy = must have. The last one I read was a flop so I have high hopes that this one will be amazing. Awesome choice!

Ohhh…great pick! The blurb had me at GoT meets Grimm…love that!

I agree the cover isn't all that great, but I think I was intrigued by the first three words Game of Thrones! I really like the sound of this book, so thanks for putting it on my radar! :)

Ooh. I haven't seen this one yet. GOT meets the Brothers Grimm. Sounds pretty awesome, but, yeah that cover is pretty bad. Lol. Great pick!